You are here: Home / Equipment / Reviews / STIGA Supreme Review – The Best For Beginners?
Share on TwitterShare on FacebookShare on PinterestShare on LinkedInShare on Email

STIGA is not just famous for staying at the top of their game for as long as they have. One other interesting thing about them is that each of the products they manufacture have distinct features that makes them stand out amongst other equipment in their various categories.

For example, the STIGA Supreme is an extremely lightweight paddle that helps beginners master different strokes by minimizing their shot speed and enhancing their control.

More importantly, STIGA doesn’t just manufacture garbage and hope for the best but they make sure that the materials and design employed in manufacture are guided towards a specific goal as is the case of the Supreme. This intuitive concept manifests itself in the different parts of the paddle as explained thus; 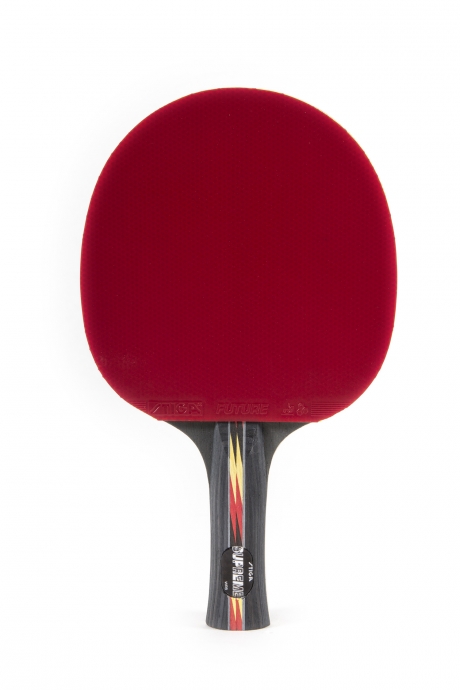 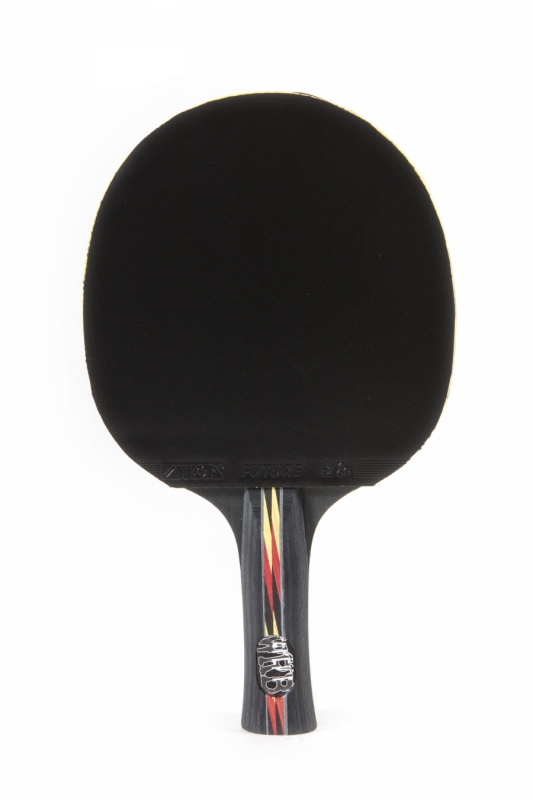 The blade of  STIGA Supreme is made from 6 piles of wood glued together using their proprietary crystal technology. At 140g, the use of 6-ply makes it light weight and very easy to use for longer periods.

However, as explained earlier, the main purpose of the feathery nature of the paddle is to make it easier for beginners to practice for longer hours on without getting easily discouraged by fatigue. This is where the shock dispersion tube technology used in the handle comes in.

For regular paddle blades, regular lacquer has been used to treat the layers of ply for performance improvement, but the crystal technology in the Supreme features a transparent hydrophilic gel lacquer which keeps the blade firm and makes the shot delivery of the paddle faster.

However, in this case it has been modified so that the shots don’t go bouncing off at uncontrollable rates, considering the fact that the paddle was designed for beginner-level players.

Therefore, you might find that the speed of the Supreme is not as impressive as that of other higher models by STIGA or other rackets.

The blade is padded with a 2mm thick future inverted rubber type using the ACS technology to improve the elasticity of the part that comes in contact with the ball during each stroke. This increases your control over each stroke and helps you hold the ball for much longer during play.

The concept of rubber inversion is designed such that the pimpled side of the rubber is glued facing the wooden blade, while the smooth part comes in contact with the ball. Using this design, there is a lot of tiny holes between the pimpled side and the blade surface that traps all the vibration and stress from each stroke, transfers them to the handle and disposes them using the STIGA proprietary Shock Dispersion Tube technology.

This is not only beneficial to you in terms of more control and speed, but also reduces the chances of being fatigued on your wrists after long hours of play. Those odds are also improved by the lightweight materials used in the entire manufacture giving a net-weight of 4.6ounces which players used to heavier paddles would definitely notice.

The handle of the STIGA Supreme is probably the most notable part of the paddle considering how futuristic the Shock Dispersion Tube technology is. The tube is a revolutionized middle veneer that increases the desired blade’s characteristics.

Basically, the shock from each shot that you fire goes through the path between the pimpled spaces between the rubber and the wooden blade and is transferred to the handle which disposes the stress through the tubes.

In some other models of the STIGA brand, this stress is reserved on the face of the paddle to be redistributed during the next stroke, but that’s a bit complex for beginners to handle. However, by transferring the energy out through the handle, the feel and speed, as well as the controls are improved.

Apart from the comfort that this brings, you get to avoid getting stuck with fatigue after long hours of consistent play.

Conclusively, there is no downside to using this racket if you put things in perspective. While the build is quite sturdy, it doesn’t last long as the rubber begins to come off due to the channeling of the stress through the handle rather than conserving it for redistribution. However, since it’s a beginner level paddle, it’s not expected that you hold on to it for that long anyways. It might also be lacking in power and spin for professional level of play, but then again, beginners don’t need to worry about that while they get to practice basic moves.

This doesn’t mean that the racket is not suitable for other levels of play, you just might need to adapt your game style to fit its specifications and use the upsides of the paddle to your advantage.